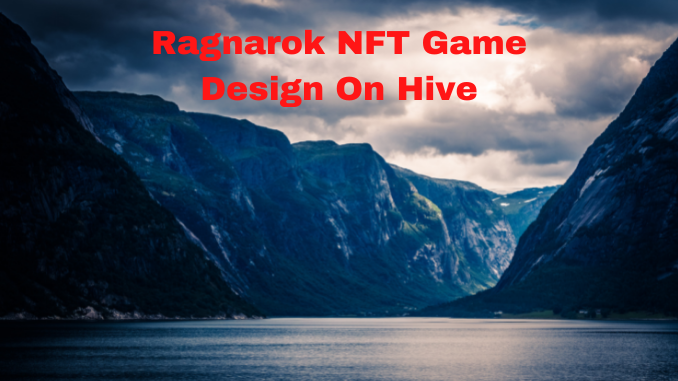 In this Community Token Talk video, Hive whale @theycallmedan talks about Ragnarok, the new NFT game that is coming to Hive.io in 2022.

According to Dan, Ragnarok is going to be a unique and challenging game with high payouts in yearly tournaments. Those who perform well will be able to carry that “weight” into the following year (assuming they pay the annual fee – in Hive Backed Dollars, I believe – to play the game).

Ragnarok Will Be An Open Source Game

It’s going to be an open source game which means people will be able to change how it works or add features (presumably with the consent of the game community).

We already knew the game is in part inspired by chess and poker, but in this video Dan reveals that the digital collectible card trading game Hearthstone is another inspiration for Ragnarok.

The Chess Phase: Set Up Your Army For The Battles You Want To Fight

As for the chess part of the game, because of the elemental design of the squares (each square will be colour coded to represent one of the four elements) and the unpredictable powers of the piece you are attacking, you cannot plan move sequences with any certainty.

So it seems that the chess part of the game is more about positioning your pieces so that you can get the battles you want before the fighting commences.

The game has been in the works for about six months, and the game mechanics are about 70% ready. There is going to be a one year test-net (with real prizes involved for the testers) before the full release which I guess will be sometime in 2023.

The NFTs in the January 6th drop are deck cards. There will be a secondary market where you can buy and sell NFTs or rent out NFTs that you are not using and don’t want to sell.

See also @edicted’s breakdown of what we know so far about the game in this post: