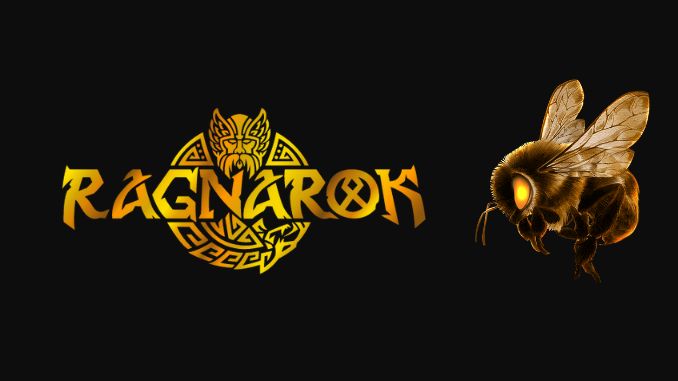 In a game of Ragnarok heroes can summon their pets during the “Spell Phase” of Combat. Combat occurs when one hero enters an opposing hero’s square during the “chess” movement phase of the game.

As well as Health, Speed, and Attack, pets come with special abilities that can help the heroes win their battles.

Pets also have abilities both active and passive. Pets can trigger one-time effects instantly when they are played. Pets can be leveled from 1-9. Each level adds more stats and abilities.

You can find out more about how pets fit into gameplay in the Ragnarok Game Design document.

In a previous post I noted that the next card to be revealed would most likely be a “spell card.” Since pets are summoned during the Spell phase of Combat, I guess pets can be considered as “spell cards.”

The first pet to be revealed is this rather fine pet bee:

I’m not sure where the bee will fit in the pecking order of pets, or what spells or abilities it carried, but judging from the pet NFT card image that was released along with the bee, it seems to be a relatively low-level pet with 3 health and 3 mana.