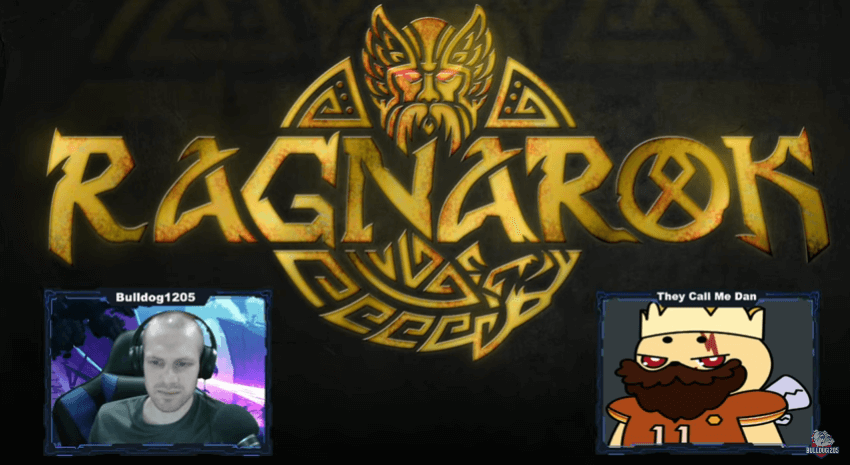 YouTuber Bulldog1205 sat down with TheyCallMeDan who is the Hive blockchain whale behind the innovatory developments of Ragnarok. In this video Bulldog1205 discusses the gameplay and what is next for the project.

Bulldog1205 described Ragnarok as a community-operated game on the Hive blockchain. It’s not a game where you have a gaming company selling card packs and profiting from those sales. It’s an NFT game with a unique style. It’s a competitive game that is a fantasy game with mythical heroes mixed with chess mixed with poker.

TheyCallMeDan said they’ll have a workable testnet of the game with full funtionality, all the NFTs and the artwork all completed, later in 2022. However, he couldn’t say when the game itself would be launched as that depends on a community vote.

If you owned staked Hive in January 2022 when the Ragnarok team took a snapshot of the blockchain, you may be able to claim some DUAT tokens in the airdrop: https://ragnaroknft.info/

Everything in the game is going to be priced in Hive Backed Dollars (HBD). The HBD will go in a neutral multi-sig savings account and any interest from that HBD will go to yearly prizes.

For example, the cards will need to be healed as their health gets depleted, and it’s going to cost HBD to heal your cards. HBD revenues from healing will go into the savings account and earn interest.

The top 100 players on the leaderboard at the end of the year will get paid, but every battle you win you’re going to be earning something called EXP. The only way to earn EXP is by winning battles or buy from a winner and the only way to level up a card is with EXP tokens.

There will be two modes to the game, a free practice mode and the actual Ragnarok game itself where you pay a fee to enter.

A typical battle lasts about ten minutes, though with two highly skilled players it can extend out to 40 minutes. In the early tests of gameplay games were taking longer so the number of chess figures for the movement phase was reduced to five pieces and five pawns which dramatically sped up the game.

The poker element can bring a game to a swift close. In Ragnarok, it’s a different form of poker because in normal poker when you win you the chips, but in Ragnarok the winner does not win anything but the loser loses health, which is why a battle can suddenly be won or lost.

112 DUAT tokens per RCT. One RCT gets one random NFT. Unclaimed NFTs go back into the game and will be mined out over the next decade. You need ten NFTs to play, five pawns and any five back row pieces. You will need a complete deck to play.